We spoke with Michael from USHEALTH Advisors / North Texas Offices to hear about how SalesScreen has helped increase productivity through competition and recognition, while keeping their culture fun and energetic. 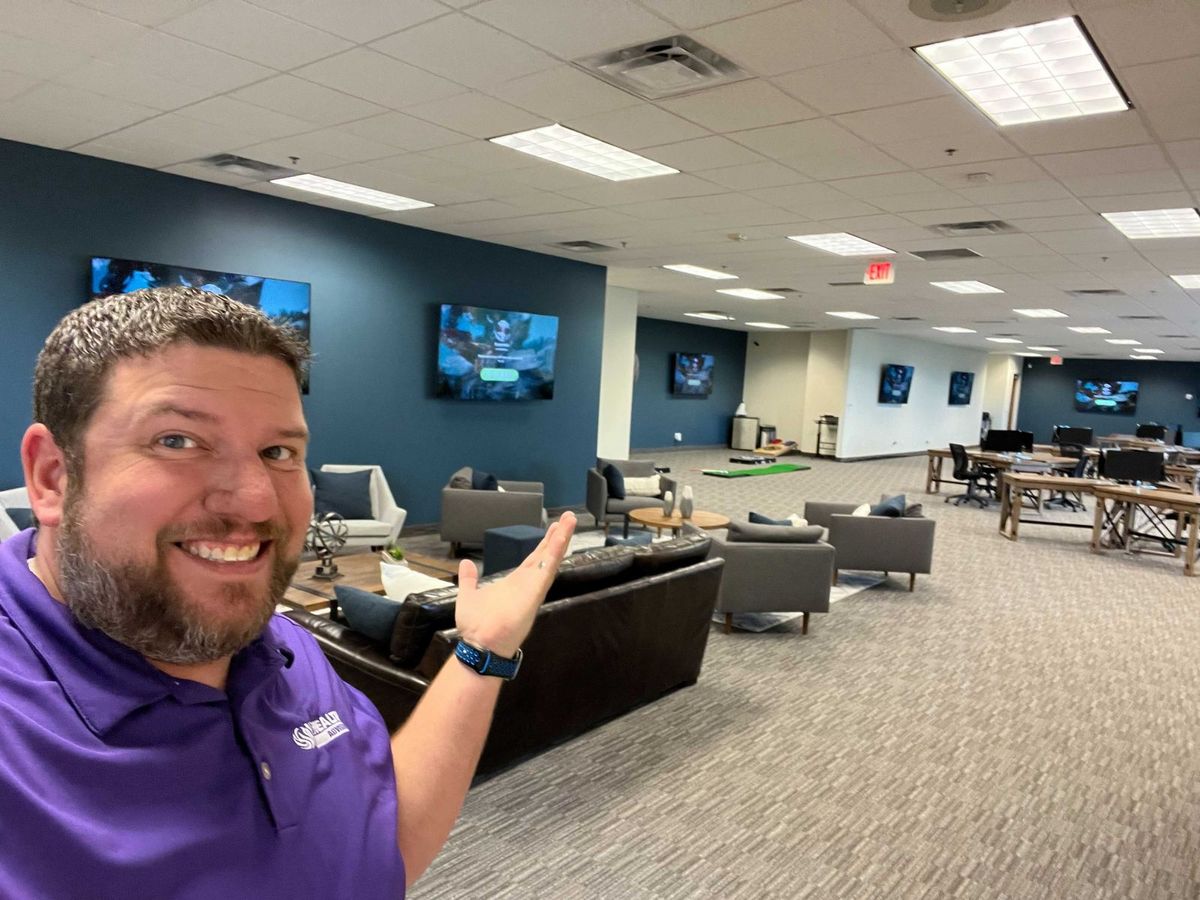 Michael Gibson heads USHEALTH Advisors / North Texas Offices, a health insurance agency with around 50 agents operating out of North Texas. We spoke with Michael to hear about how SalesScreen has helped increase productivity through competition and recognition, while keeping their culture fun and energetic.

"We love SalesScreen and it has become a part of our culture. It allows us to easily track our agents activities and celebrate those that are doing the right things to grow their business. We also use it to hold our 350 agents accountable and zero in on the activities they need help with.”


Tell us a bit about yourself and your business and what got you excited about SalesScreen initially.

My name is Michael Gibson, aka Superman, and I run a health insurance agency with USHEALTH Advisors / North Texas Offices. I've been in the business for 17 years so I've been part of a lot of sales organizations, and sales training is a tool that is usually only done at big events like Sales Kick-Offs where they do this big elaborate show that makes you feel really special, because you're being brought up and praised in front of your peers, and with SalesScreen you get that same experience on an individual, localized level. People want recognition, more than anything else, especially in Sales. Of course, money is a huge incentive but getting the recognition and being able to have an office wide celebration on television screens is kind of like being on the JumboTron versus the individual“good job” high five. So, it was a great philosophy and when it was introduced to me, I thought it was awesome and I am always looking for better strategies to make my system cleaner, more efficient, more comprehensive, more competitive, and with better recognition for sellers.

Definitely! Recognition for the work sellers do on a daily basis is so important to avoid burnout, would you say that recognizing individual efforts was a pain point of yours before SalesScreen?

It was one of my two biggest pain points. The first pain point was getting the team to where they felt appreciated for the activity they're doing, that's on a scale big enough where it made an impact on them. It's one thing to tell someone they are doing a good job one on one, but I want to celebrate that when my sellers are doing awesome in front of the entire team. Getting that personal recognition on a company-wide scale is key to getting people excited about doing their job.

That being said, the second part about that is accountability. We were missing a huge part of the accountability piece and tracking accountability is extremely hard, or monotonous or time consuming. I was spending three to six hours a day, trying to manually calculate things, now I just go look at the screen. I can check it all out, everything I need, I can just look at a screen and see all my dashboards and numbers right there. So it makes me a lot more efficient as a leader because the system does a lot of my tracking where I just get to view people's success. Conversely, if people are not doing what they need to be doing, it’s a lot easier to have those conversations with agents, or sales associate because they can clearly see the expectations and if they’re meeting them. We can get to the issue a lot faster and course correct when we need to. I've always been a big proponent of rewarding the people that are getting it done - you're always judged by your metrics and activities and what you do, not what you say. And SalesScreen makes it easy for me reinforces that belief system with my team.

Did you think that gamification was something that you'd be able to leverage to help you solve these pain points or was SalesScreen your first introduction to it?

I've been sales a long time, but I've never used technology for gamification, let's put it that way. This is the first time I've actually found a platform that I enjoyed and was clean enough to use. I just had to plug and play. I've never found a system that I could use where it was a user friendly experience for everybody. And that was a big deal, because a lot of these other systems that we use are clunky and there's no animation, there's no graphics and it's just numbers on a screen, which is not very fun. We've always had sales competitions and PowerPoint slideshows but it's never been an interactive system, it's never been live, where I can see my number beat you in the same 30 seconds of doing that activity. The real-time aspect on the screens in the office makes it fun and interactive - we joke with each other and banter with one another so the sellers and agents can have fun with it.

Would you say that implementing SalesScreen has helped your culture? What was your culture like before SalesScreen, and then give me a little bit about what it's like after.

So my culture was awesome already, I believe that. But SalesScreen took it to another level. I didn't think that my culture could be better, no one has ever complained and people enjoy coming to work but when we implemented SalesScreen it was like adding a new ingredient to an old recipe. I didn't know that flavor existed, that's awesome. Now, when people come in, especially when I'm hiring new recruits, they walk into our office and are excited and intrigued by all the TV screens and the environment that it creates.

Do you think SalesScreen has helped in your employee retention?

Yes. There are three reasons why people leave their jobs, the first being Culture, the second being Leadership and Management and the third, is compensation. But, culture will always supersede income. SalesScreen, ultimately, is a leadership tool, in that it gives praise when I can't. It's part of the culture, it creates an environment where everybody else wants to engage in that praise. And when you when you're part of it, when you're part of a winning team, it's like being part of a championship team. Even if you’re on the bench the whole game, if your team wins the championship, you're celebrating, you still get a trophy.

I would love to know what feature you find to be the most valuable for you as a Sales Leader and people manager.

The Scorecard is number one, I love Scorecards without a doubt, it is a great accountability tool. The other one would have to be the television screens, it lets me display the information that I need to promote to my agents on a daily basis easily, and its just fun to watch all the TV’s light up with celebrations and it gets everyone really excited.

What features have really resonated with your team, on an individual contributor basis?

Definitely the Feed, they love the socialization. They’re always commenting on each others posts and there’s gifs everywhere, which is pretty awesome.

Have you seen any improvements to your ROI since implementing SalesScreen?

Now after having SalesScreen, what do you think work would be like without it?

I would go call my boss and tell him to fix it. I don't know what to tell you, put it back in place. It's like the electricity is out - you don’t care why its out you just want it fixed. SalesScreen has become so integrated with our culture, I couldn’t take it away if I tried.

I can also tell you right now, a very big integral part of why I am a customer and will continue to be a customer is because of Remi’s (SalesScreen’s Account Manager) hands on experience, his intelligence, his willingness to listen, and willingness to help made me feel important and made me feel like I want to continue to work with this company because they're willing to listen. My relationship with my Account Manager has enhanced my experience 100% and honestly, I would consider him a friend.