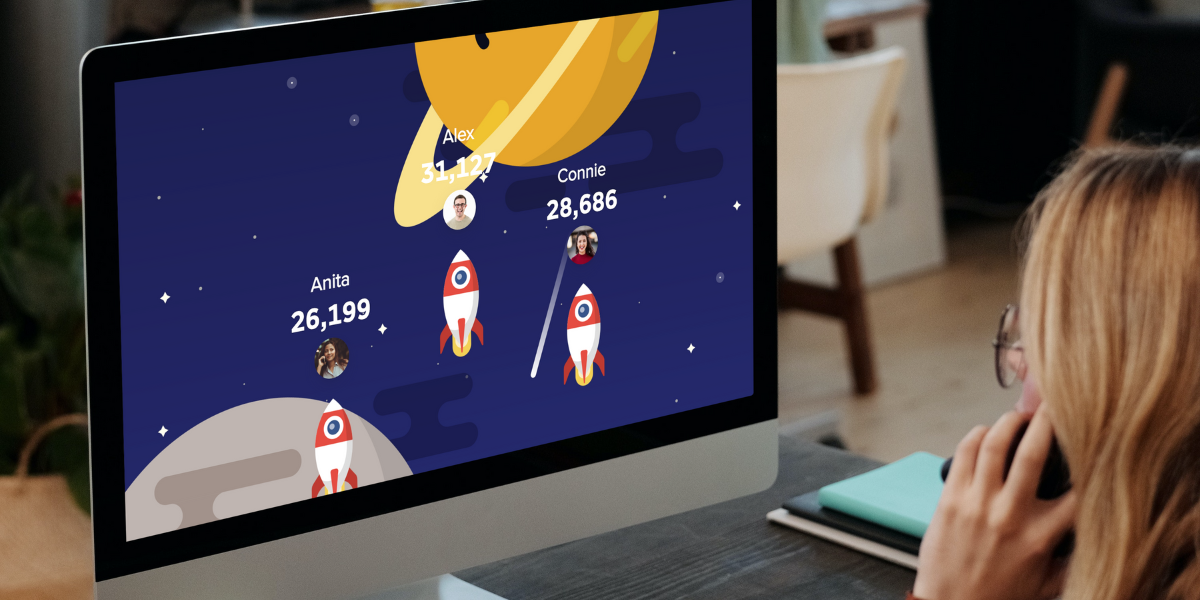 One of the best things about being the CEO of SalesScreen is that I’ve had the pleasure to speak to thousands of sales leaders around the globe. One major challenge I hear from the sales managers and sales directors I meet with is that they struggle to find ways to motivate their middle performers.

This is especially true when it comes to spiffs and sales competitions. For a vast majority of traditional sales competitions, only the same 10-20 percent of top performers actually stand a chance to win in any given competition, thus leaving the middle 60-80% becoming disengaged and unmotivated. So how do you engage your middle performers to go above and beyond?

In order to engage the middle performers, we suggest that you spice things up by adding the element of chance, to give the middle performers a fighting chance—in a way where skills still have the biggest impact on the end result. For example, our Lottery Competition, where you can convert the results of your leaderboard into lottery tickets and draw the prizes at the end. Your top performers will likely still earn the most tickets, but as long as a salesperson contributes something, they will get a ticket, and with some good luck, they just may find themselves winning the top prize.

A great way to motivate more people is to tier-drop the prizes similar to the point system for races in Formula 1, meaning, points are awarded to drivers and teams based on where they finish in a race. The winner receives 25 points, the second-place finisher 18 points, third-place garners 15 points, and so on.
SalesScreen uses coins, an internal currency that can be saved up over time and exchanged for gifts, money, or swag in our Reward Shop.

Coins can be tiered for the top three winners, or even throughout the entire team placements, this way, no matter where they place in the competition, they still have the chance to win something.

By mixing the top performers in with the rest of your teams, you create an environment that fosters teamwork, sharing of knowledge, and accountability amongst colleagues at the same level. By appointing the typical top performers as team leaders, you strengthen this even more. Nobody wants to disappoint their team, and a victory is much better when you have someone to share it with! Remember to change up the team composition from time to time. Try to pair two-and-two, have larger groups of 10-20 in a team, or even full-on territory battle(West Coast vs East Coast, NA vs EMEA, etc).

However, interest in the competition will steadily drop in-between. What we’ve learned from evaluating tens of thousands of competitions in SalesScreen is that the performance boost from a competition is higher when running multiple competitions on shorter time frames, as opposed to running just a few over a longer time frame. You can learn more about the best days, types, and times to run a competition with our WoW Effect Study.

Sometimes it’s not about being the best, but contributing and having fun while participating. Ever played the party game White Elephant Gift Exchange with friends or family? Deploy the same concept in your next sales competition. Every time somebody books a meeting, they get to either pick a new gift or try to swap with someone else, until the time runs out. The competition will not only spark extra attention towards the activity you want, but crucially, it will include everyone.

Good luck on your next sales competition let me know how these tips work for you!